There are a whole lot of pumpkin pie recipes out there, and as far as I’m concerned, most of them are kind of just meh.  Overly sweet, weirdly smooth, and lacking any flavor other than cinnamon, that’s not much of a recommendation.

As I have tried one recipe after another, I’ve realized that sometimes the tried and true is your best bet.  The very first recipe I ever used was the one right inside the label of a can of Carnation Evaporated Milk, which is also the Libby’s Pumpkin Pie recipe.  It turned out great, which makes me wonder why I bothered trying anything else.  But, live and learn, right? 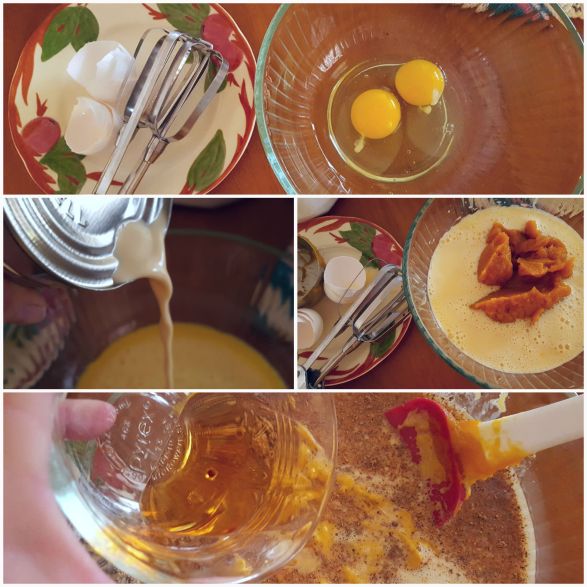 Many of the other recipes called for cream or half-and-half for the dairy portion.  This means a much higher fat content and not as much protein.  The idea was to have the fat provide a smooth base, but in the end the pies just had no texture and left the feeling of a grease slick in my mouth.  Not only that, but the lower protein content meant there was less of a binder holding everything together, and so they were much more likely to crack.  This doesn’t change the flavor, but it isn’t appealing to look at, either. 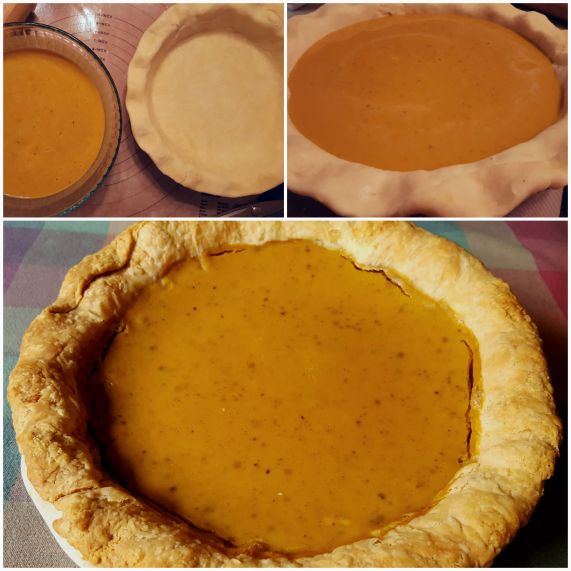 So, back to the tried and true, but with a few changes to beef up the flavor.  The result is a smooth texture that isn’t gag-inducing, and a more diverse array of spices that enhance without hiding the pumpkin, which should be the star of the show.  Paired with my pie-dough recipe, it’s the perfect match of flaky crust and pumpkin filling that will leave you with the desire to make pumpkin pie all year long!

This is not exactly the same as the Libby’s Pumpkin Pie recipe, but it is based on the same foundation.  Just a tweaking of spices and sweetener, along with using homemade pumpkin, transforms it into something I really enjoy eating.

Prepare a 1/2 recipe of my Perfect Pie Dough.  While it is chilling in the refrigerator, start your filling.

**If you are using homemade pumpkin, the best for texture is the “sugar” pumpkins.  However, regular carving pumpkins can be used, but you will need to concentrate down some of the moisture first (information is in here).  Butternut squash is another good substitute, but you will want to eliminate the granulated sugar as that squash is sweeter.

Once your filling is mixed, preheat the oven to 425° F.  Roll out your dough and place it in a 9 inch pie pan.  Trim and crimp your edges.  Gently stir the pumpkin mixture just to be sure everything is uniform and then pour it into your prepared pie pan.

Now comes the fun part!  Carefully take your pan to the oven (without sloshing or spilling!) and bake it for 15 minutes.  Set a timer!  After 15 minutes turn the temperature down to 350° F and bake for another 40 minutes.  After that time, check to see if the pie is done.  It should still be just a little jiggly in the center, but not at all on the sides.  If it is still very wobbly, bake for about 5-10 minutes more.  Whatever you do, don’t stab your pie with a knife to see if it’s done!  That sets the stage for it to crack, which just isn’t pretty.

Remove the pan from the oven and allow it to cool completely to room temperature.  It is best served with a lovely heaping of whipped cream, or a side of vanilla ice cream.  Enjoy!