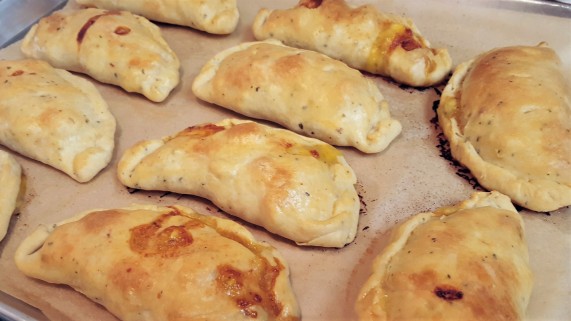 Having a go-to pastry recipe is kind of like having that one pair of shoes that can work for multiple occasions: everybody needs one. 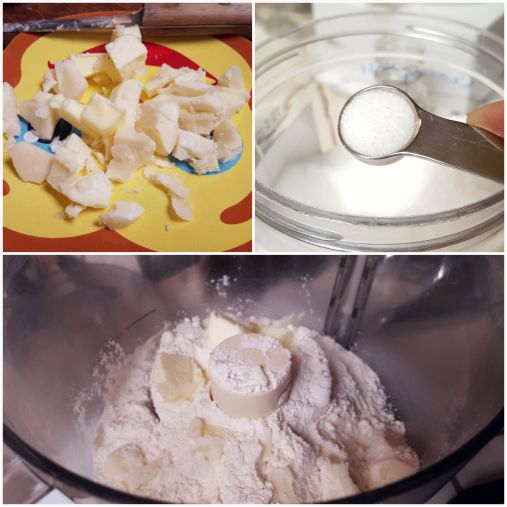 Empanadas are a South American treat that put those inside-out-pizza type “food” items from the freezer-aisle to shame.  Basically they are a pocket of dough wrapped around some type of filling.  There are a wide array of traditional fillings used, both sweet and savory, depending on where in South America you’re talking about.  That means that there is an equal amount of diversity in the dough, as well.  Adding to the mix is the fact that empanadas can be baked or fried, so the dough you use should be made with the means of preparation in mind. 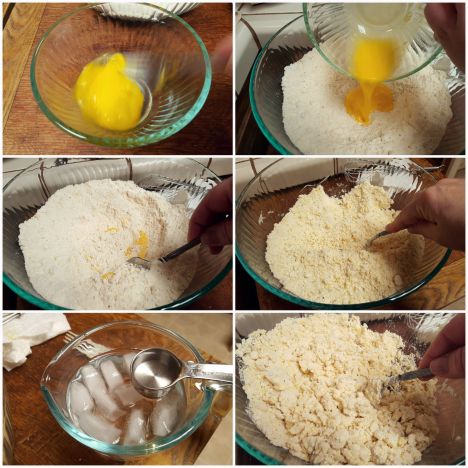 The Old Man’s family is predominantly from Chile, so what I have here is a recipe more traditional to there.  It’s quite alright to add seasonings to the dough and not just the fillings, though the plain dough is tasty on it’s own.  And like any traditional food, there is no one set method, so I’ve included some of the typical variations below.  This particular recipe is also meant for empanadas that will be baked rather than fried. 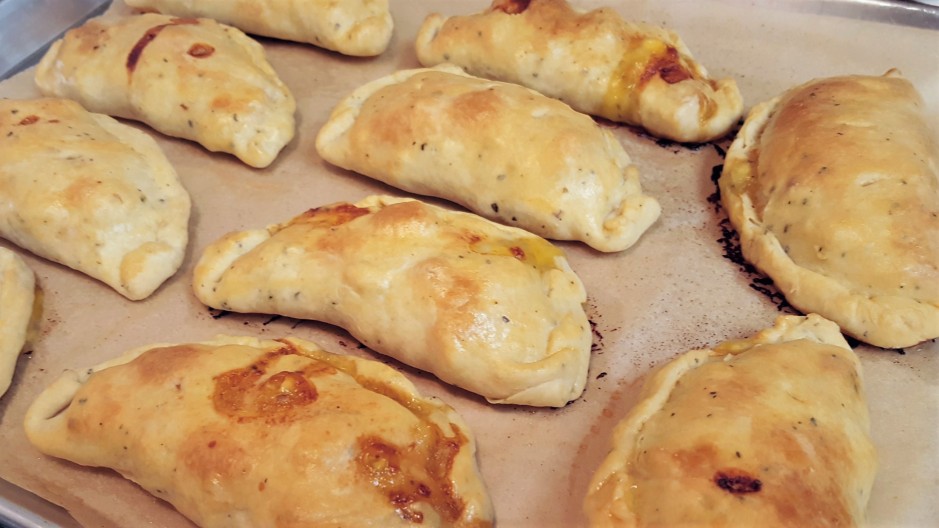 This recipe will make 10 typical sized empanadas, but you can always adjust the size to make more or less.

I have a large capacity food processor that I like to use to mix (“cut”) the butter/lard into the flour.  I do so by putting one cup of the flour into the bowl of the processor then put 1/2 of the butter/lard and the salt, then add another cup of flour and the rest of the butter/lard.  Process in pulses until the mixture is in very small crumbles.  Dump the mixture into a large bowl and then mix in the remaining flour.  If you are not using a processor, put all the flour, salt, and butter/lard into a large bowl and use a pastry cutter or fork to break the fat into small pieces into the flour until it is all uniformly mixed.

Pour the scrambled egg into the flour mixture and completely blend in.  Add the cold water or milk one tablespoon at a time, gently blending it evenly into the mixture each time.  See my post on making pie dough for the technique.  Stop once the dough has enough liquid to hold together in a ball just by squeezing it gently.  I usually need the entire 10 tablespoons, but you may only need 9.

When the dough can be gathered in a ball, wrap it up in plastic wrap and chill for at least 30 minutes.  This gives the flour a chance to hydrate and will be easier to roll out.  When you are ready to use your dough, determine how many empanadas you want to make, and divide the dough evenly into that number of pieces.  I find this easiest to use a scale that measures in grams (metric system), and then divide the total weight by the number I want to make.  Then I can measure out equal sized pieces to ensure even baking.

Form each piece of dough into a ball, then gently flatten it on a lightly floured surface.  Lightly flour a rolling pin, and roll the dough out to a thickness of 1/4 inch.  Add only enough additional flour to keep the dough from sticking.  It’s also a good idea to flip the dough over to roll out on both sides.  Your dough is now ready for your desired fillings!  Bake according to your specific recipe.  If you are making up your own, usually they should be baked for 20 – 30 minutes in a 375 F oven until the dough is golden brown.  Enjoy!