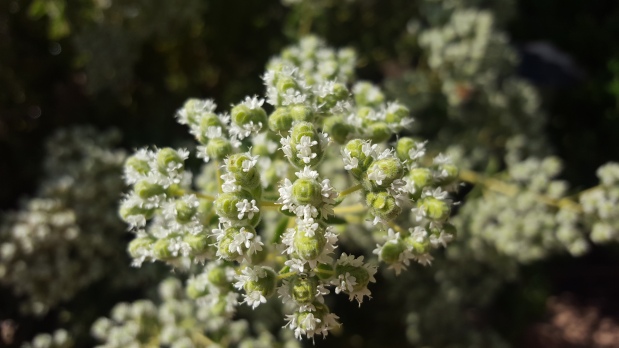 One of the characteristic seasonings of many Greek dishes is oregano.  Not just any oregano, mind you, but one of the richly flavored varieties that grow wild in the rugged mountainous areas of Greece. 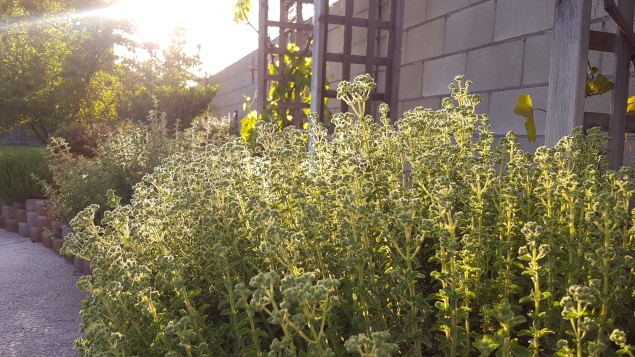 *A handy growing summary chart is at the end of the article.*

Cretan oregano, as it’s name implies, is found on the island of Crete, the largest of Greece’s many beautiful islands.  It grows elsewhere, but this variety is a predominant type there.  It’s flavor is similar to Greek oregano, but with a little more spice and intensity.  It’s also known as pot oregano, pot marjoram, and in Greece it is referred to as rigani (REE-gah-nee).

Unlike many varieties of oregano, Cretan oregano grows upright, rather than spreading.  This makes it a better option for tighter spaces or in areas where surrounding plants might not be able to compete against a more aggressive one.  The plant will grow in a rounded pattern, being about two feet or so all around in both width and height. 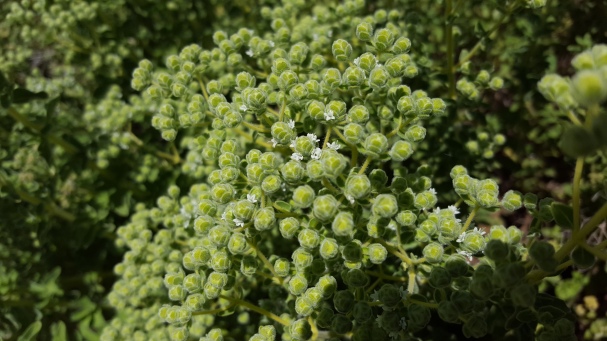 The plant starts off in spring with softer stems that are soon covered with massive clusters of flower buds.  Soon they will bloom in a profusion of tiny white blossoms that will be mobbed by very happy bees.  Not only is the plant stunning with the massive flower display, but it is also very fragrant.  Brushing against the leaves releases that quintessential oregano aroma.  By the end of summer the blooms will be done, and the stems will often be woody.  The plant is evergreen, but may have thinner growth during the winter.  Winter is the time I trim mine down to about a foot all around to encourage more green growth in spring, since this is the best for flavor.  Trimming is also helpful in keeping the plant more attractive by preventing it from getting too “leggy” in its growth.

The plant is drought and heat tolerant, preferring full sun, which is no surprise given the conditions of it’s native habitat.  It is not very cold tolerant, though, being hardy only to zone 8.  If you live in a much colder climate, the plant can be grown in a pot and kept indoors during the winter months.  If you are in zone 7, you could fake it by growing Cretan oregano in an area that gets a lot of sheltered sun during the winter.  Locations near the sides of buildings or brick walls radiate heat during the night that could help, too.  Check out a nifty little trick that I use to help protect more sensitive plants by clicking here.

The best time to harvest Cretan oregano is during early spring to early summer, and in the morning when temperatures are cool.  In Greece it is usually harvested just before the flowers open.  However, the leaves and flowers can be harvested at any time, but once the growth gets more woody, the flavor becomes bitter.  The entire stalk will be cut and laid out to dry, then the leaves and flower heads will be stripped off and stored away for use.  See my post on Greek oregano for more information on drying. 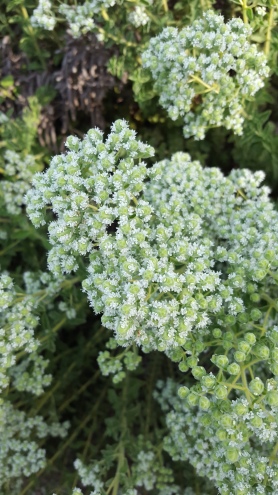 As for cooking with Cretan oregano, use it anywhere you would use regular oregano.  The flavor will be more distinct, with a hint of spiciness to it.  It’s unlikely that you’ll find this herb in a regular grocery store, but you might have more luck at a Greek deli.  Also, the plant itself is not common at nurseries, but a quick internet search will lead you to several options for buying online.