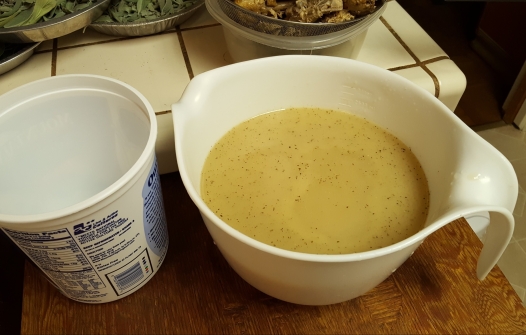 Could there be anything more old fashioned than bone broth? Talk about an opportunity to take the proverbial “two bites from one apple”. Once the meat has been pulled away, you are left with bones that seem to have no further purpose, but wait! There’s more! In fact even more than you realize just yet.

Bone broth is the easiest thing in the world, and provides you with a flavorful, practically free way to make delicious soups and stews. When I make it I use nothing more than the bones left over and water. Many stock recipes require you to use various vegetables and fresh meat, then tell you to THROW. THEM. AWAY. It is so wasteful and so unnecessary. You’ll already have the bones, and I’m pretty sure you already have the water. I don’t even add salt or any other seasonings. This way I have a near blank slate, so then I can add whatever flavor will best compliment the food I’m making at the time.  (There’s a section in my recipes menu dedicated to soups and stews where you can find various uses for this broth!) 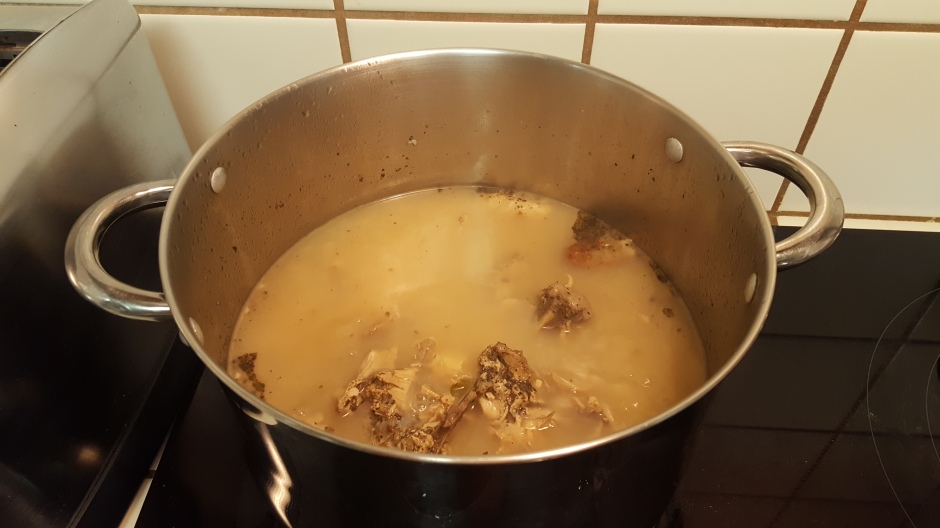 Our usual source of bones is from chicken, but we have the occasional pork roast bone, the every-so-often beef ribs, etc. We put the bones in separate containers in the freezer and save them up until we have enough to make a decent pot full of broth. Bones that were never cooked prior are put into the oven at 350o F for about 30 minutes to give more depth of flavor to the stock. Each type of bone allows for different tastes to be added to your soups. 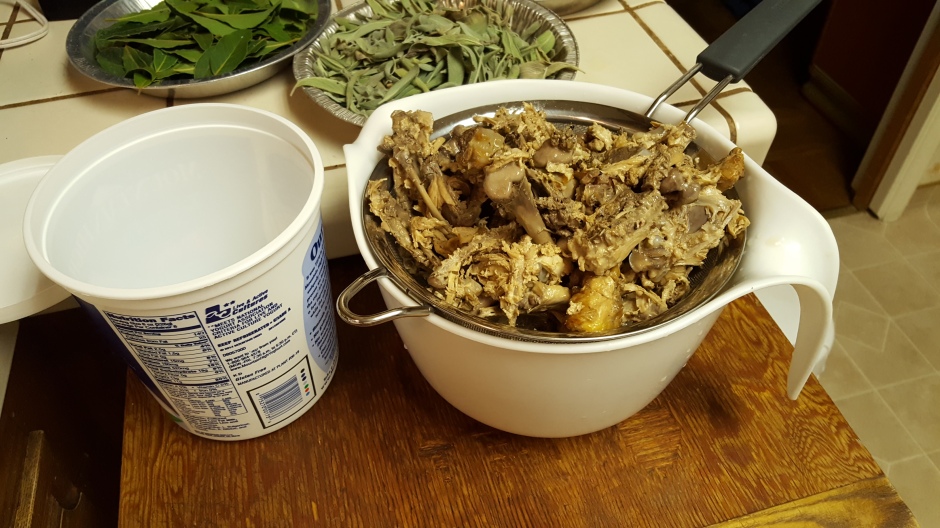 The bones are put into a stock pot, enough water is added so that the bones are covered, the lid is put on, and then the water is brought to a boil. The heat is turned down to a simmer and it is allowed to cook for several hours.  You want anything that was on or in the bones to completely fall off.  My chicken is done when the back bones fall apart from each other and the liquid is nearly white from the gelatin being released.

I will usually start it mid-morning on a weekend, checking on it occasionally to make sure the water hasn’t dropped too low, then turn the stove off at night.  Once it is cool in the morning, I strain out the bones and put the broth into a container and store in the freezer until ready to be used. You could also place the bones and water into a crock-pot and put on low so as not to have to worry about the stove. Either way, you will be left with liquid gold. So, seriously, why are you still buying broth in a box or from a can??? 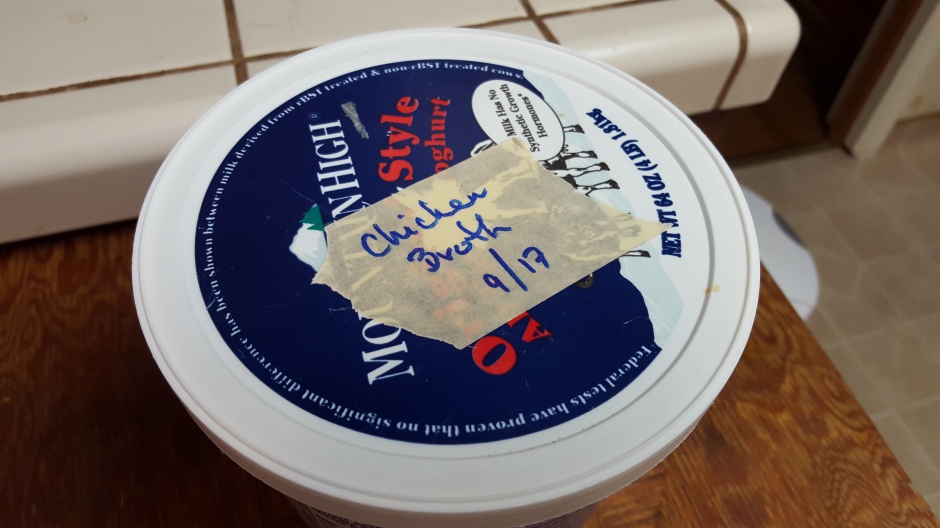 Those bones aren’t done, yet, though. Despite what many sources would have you believe, you can indeed put your cooked bones into a compost pile. The reason why some advise against it is because it can be attractive to unwanted visitors. Make sure to bury them deep in your pile to keep the scent from bringing in pests. Any meat left on the bones will break down quickly and provide a source of nitrogen to your compost, while the bones themselves will very slowly dissolve and add calcium, keeping problems like blossom-end rot at bay in your tomatoes. Think of them as time-release vitamins. If the bones haven’t broken down by the time you put your compost on your garden beds, just leave them behind and mix them in again with your fresh materials.

So what you’re really getting is three bites at that apple!