Ah, Great Lent.  That multi-week period of time where every orthodox child develops a love-hate relationship with peanut butter and jelly sandwiches.

So what exactly is Great Lent?  If you are not Eastern Orthodox Christian, you may be more familiar with it from Catholicism.  This is the six week period that leads up to the remembrance of the Crucifixion and (more importantly) the Resurrection of Christ.  You may know it as “Easter”, but we call it “Pascha” which is the word for Passover. 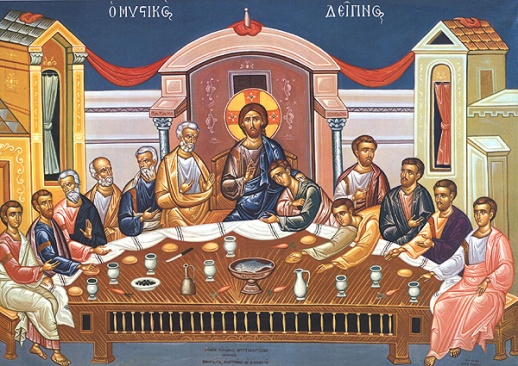 That whole Last Supper thing was actually a Seder, a Jewish feast that celebrates the Passover, and Christ was going into Jerusalem to celebrate the Passover with his disciples.  Hence the name “Pascha”.  Easter is the name of a Pagan goddess of fertility, who was celebrated in Spring.  This is also the time when Passover occurs and so in the English speaking parts of the world, the two events were morphed under the name of the Pagan goddess.

During the Lenten period, Orthodox Christians fast from certain kinds of food.  The idea is to make personal sacrifices that remind us of the sacrifice Christ made.  In this case we aim for a “bloodless fast” since Christ already shed his own blood for us.  So that means any food that has blood, or any food associated with an organism that has blood, is supposed to be removed from the diet during this time.  At least as much as possible.

This means, of course, any kind of meat, including fish, is supposed to be off the table.  Since dairy and eggs are associated with animals that have blood, those are supposed to be gone, too.  Even wine and olive oil may be abstained from since traditionally they had been stored in animal skins, but not everyone holds to that.  Some may abstain from all alcohol out of a sense of propriety (because in the end, booze is booze), but consume olive oil because it comes in jars now!

In other words, we go vegan for a while (that’s where the love-hate relationship with pb&j comes from).  Well, almost.  Shellfish are considered okay since they don’t have blood (as a Biology teacher, I can vouch for this).

Not everyone goes completely vegan the whole time.  There are no hard rules, but the goal is to do your best.  Wednesdays and Fridays are considered to be holier days of the week, and so those are the ones many Orthodox will observe their fasts on the most.  Some people will abstain from all meats, but will consume dairy and eggs.  Most will try to do a strict fast for at least all of Holy Week, which is the week between Palm Sunday and Pascha.

Most importantly, though, is the goal to use this time of sacrifice to reflect on our own lives and behaviors.  Are we trying to be the best people we can be?  Really, I think this is the hardest part.  It’s easy to change our diets for a few weeks.  It’s not so easy to change ourselves.