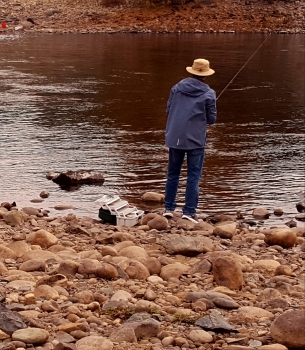 I guess I can’t complain about having a child whose sole request for his birthday is to go fishing.  Not some elaborate deep-sea trip in an exotic location (though I know he wouldn’t turn it down), just a simple trip to a local river to try his luck. 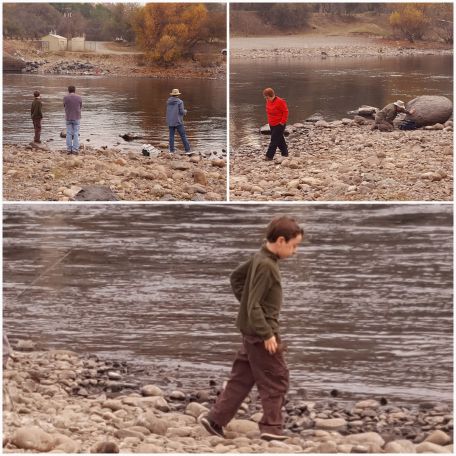 Luck seems to be the operative word, however.  Though my medium child has come back fairly successful at times, he has also returned empty handed just as often.  The Old Man and I give him a bit of a hard time by telling him it’s cheaper and easier to go to the store, and that he must have faked his pictures with rubber fish.  Oddly, he seems unamused by it all.  Hmmm… I wonder why?

I totally get his love of the sport, though (seriously, his entire social media feed is all about fishing).  My husband teases me, too, about my gardening “hobby” — alright, obsession, but just keep it quiet, okay?  Sure, I could just go to the store and buy the same stuff that we have in our garden, but there is something infinitely more satisfying about being able to say “I did it myself”.  Sometimes.

On this trip he went with my dad (“Papou”, Greek for grandfather), and another friend from church.  The rest of us joined them later on after sleeping in to a reasonable hour, and brought along a picnic lunch.  Despite the fact that NO ONE, not even random strangers nearby, caught a thing, it was still a fun trip that provided an opportunity to do a little bit of exploring.

Maybe next time there will be catching, and not just fishing!